From Manchester to Filignano to Rome 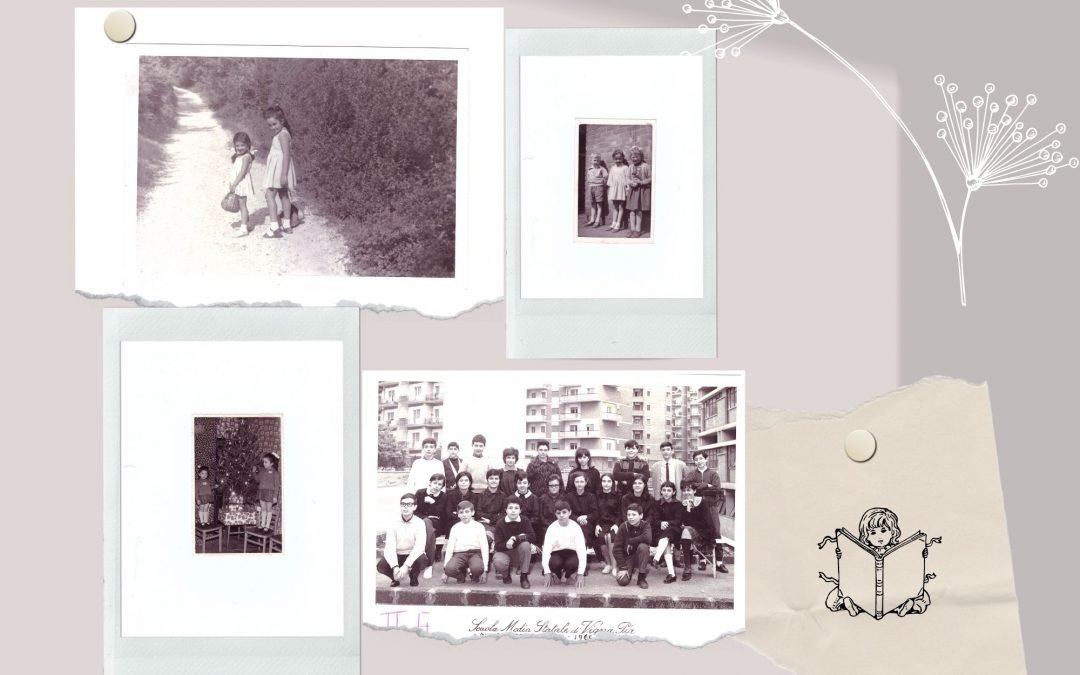 At the end of the school year we spent in Molise, we went back to Manchester, England. But, before school started, I was sent back to Rome to live with an aunt that I believe I had seen only once in my life. I was an anchor cast to secure that one day the family was coming back to Italy. All my life, I have told myself the story I was sent back to Italy because I had failed the Eleven Plus Exam. At the end of the Sixth year in England, the children had to go through the Eleven Plus Exam that decided their future career with access to grammar school or technical school. I have always had a memory of my father telling me that I had failed the exam, so I had to go to a technical school. I remember my father saying the teachers had said to him that at best, my future would be to work as a shop assistant. One of the reasons for our immigration was that my parents wanted to allow my sister and me to access education. My father ended up saying that the only way out was that I return to Italy and go to school there, waiting for the rest of the family to join me. Only today, writing this post, I realised that this memory was my free adaptation of what happened and that I will never know the real story because all the people who could tell me have died. How could I have taken the Eleven Plus Exam if the year before I had been in Italy? When and why had my future and that of all the family been decided? What had caused this coming and going from Italy to England?

I was only eleven years old, and I remember knowing what was exactly expected from me: to work hard at school so I would go to university and make the social climb my parents were dreaming. That’s why I didn’t think for one single second I could say no to the solution my father presented me. I liked the importance that this responsibility gave me, but I also remember that I stopped being a child at eleven and ended up living with strangers for the next three years. It was tough. I wrote to my family every week and anxiously waited for the mail, and only on my birthday would I receive the one telephone call of the year. Sending me to study in Italy cost my family enormous sacrifices. They paid for my stay, food, and necessities, so they didn’t have the money for expensive telephone calls. From 1964 to 1967, my parents put me on the plane to Rome at the end of September, and my aunt and uncle did the same thing in June with destination London. I remember no direct flights were connecting Manchester and Rome. The taxi trip from the airport to Victoria Station is all I saw of London untill I went there many years later with my husband.

In the 1960s, a minor travelling alone had to be entrusted directly to the commander pilot. That was a moment I loved because the commanders were always very handsome tall men, wearing beautiful uniforms and all the people in the airport turned around to look at that little girl, hand in hand with a commander.

The aunt I lived with was my father’s favourite sister, and she was married to a tough man that was always serious because he didn’t want people to find out he had a generous heart. Uncle M. was then a private guard after leaving the Carabinieri Police Force. They were both born in Filignano, the same village as my parents. After marrying, my aunt and uncle had lived many years in Turin and had recently moved to Rome. Aunt A. was a housewife, but to secure a retirement pension, she worked as a housemaid for a year or two while I was living with them. She only worked in the morning so she could take care of my teenage cousin and me. Living with them, I couldn’t choose the books I wanted to read. There was no public library near home, and anyway, I was too young to go out by myself, so I read what my cousin read. I was lucky because six years older than me, P. was and still is a good reader. Of all the books I read in those three years, three of them have always been in my heart. A Tree Grows in Brooklyn by Betty Smith made me understand I was an immigrant. Reading it, I learnt there was a whole world of people who had experienced emigration and struggled to have a decent life. It made me accept that I was different from my schoolmates in England, as in Italy. Knowing that many people shared my life experiences all around the world made me feel less lonely. Through the years, I have picked up A Tree Grows in Brooklyn many times in bookshops. But I never bought it. Once I took it to the cash desk, then went back and put it on the shelf. I just can’t read again a book that still calls forth strong emotions. Emigration is a scar that still itches.

I have only once made an exception to this emotional rule… but that’s the next story.